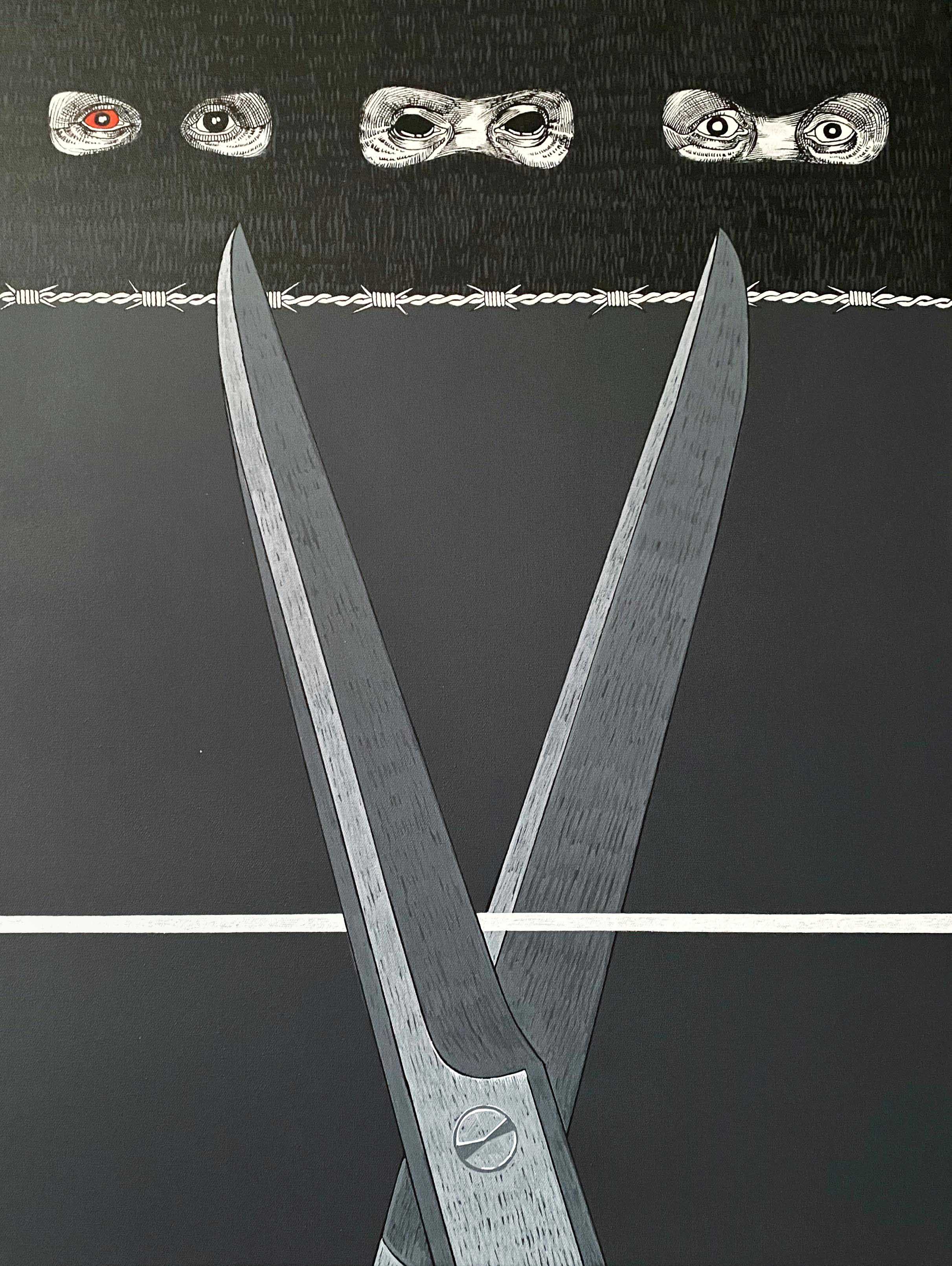 According to ancient Greek mythology, the Moiraes create human destinies. Death is under the special protection of the moir. They determine the lifespan of a person and the moment of his death and make sure that he does not live longer than his due date. As daughters of the Night, the Moiraes were considered not only the forces of darkness, but also the implacable spirits of revenge and punishment, and hence death. Clotho weaves a thread of fate from everything that falls into her hands. Lachesis, without looking, weaves the threads of the destinies of different people among themselves. And the third, Atropos, cuts the threads of fate, thus killing them.

In my work, I draw a parallel between this legend and the protests in Belarus. At first, protest activity arose, people's lives were intertwined, and as a result, the protests were suppressed by the authorities.

In Belarus, riot police constantly cut red and white ribbons in the courtyards, which gave rise to many jokes and memes. Special equipment was used to combat the ribbons. 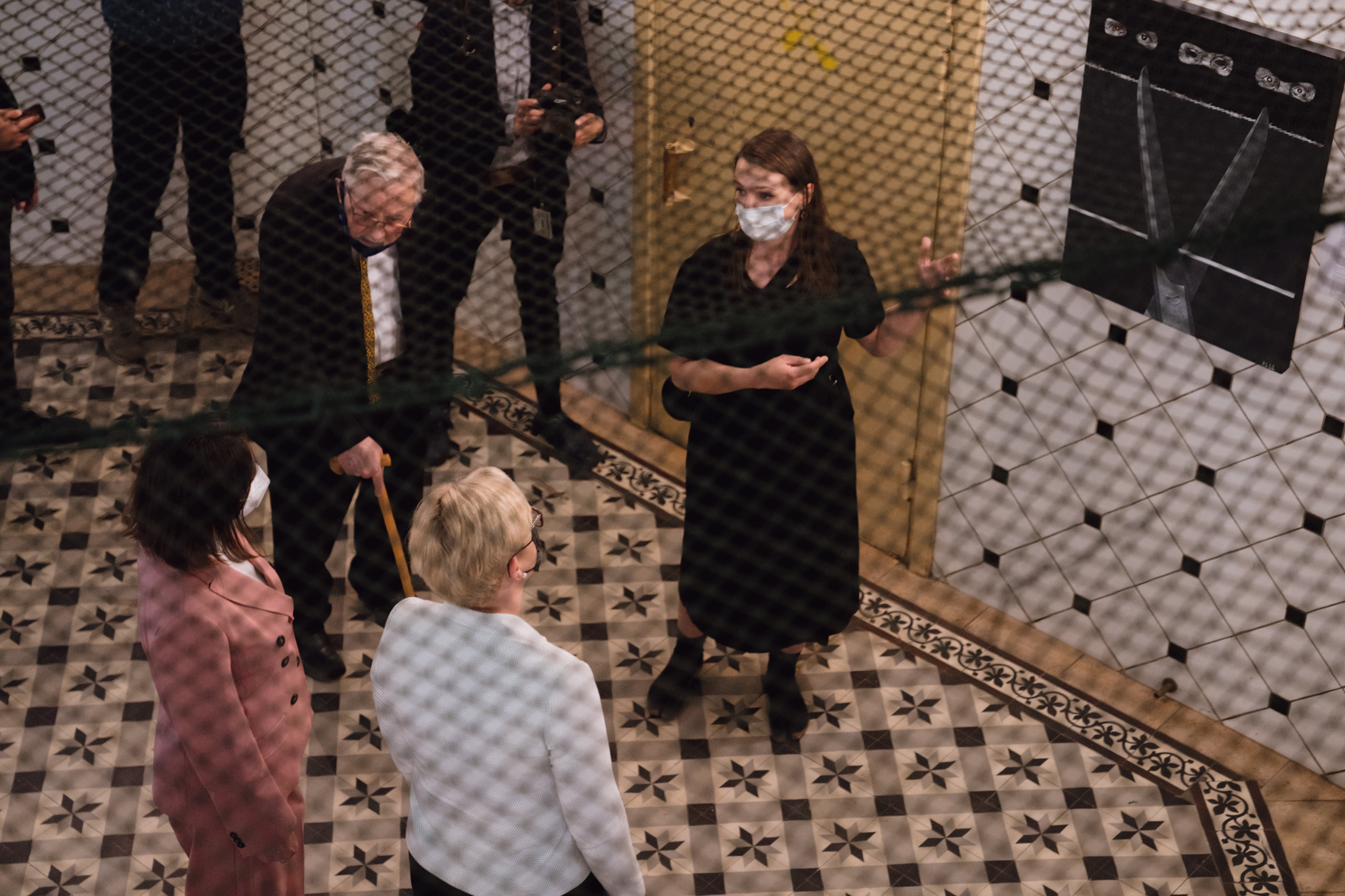 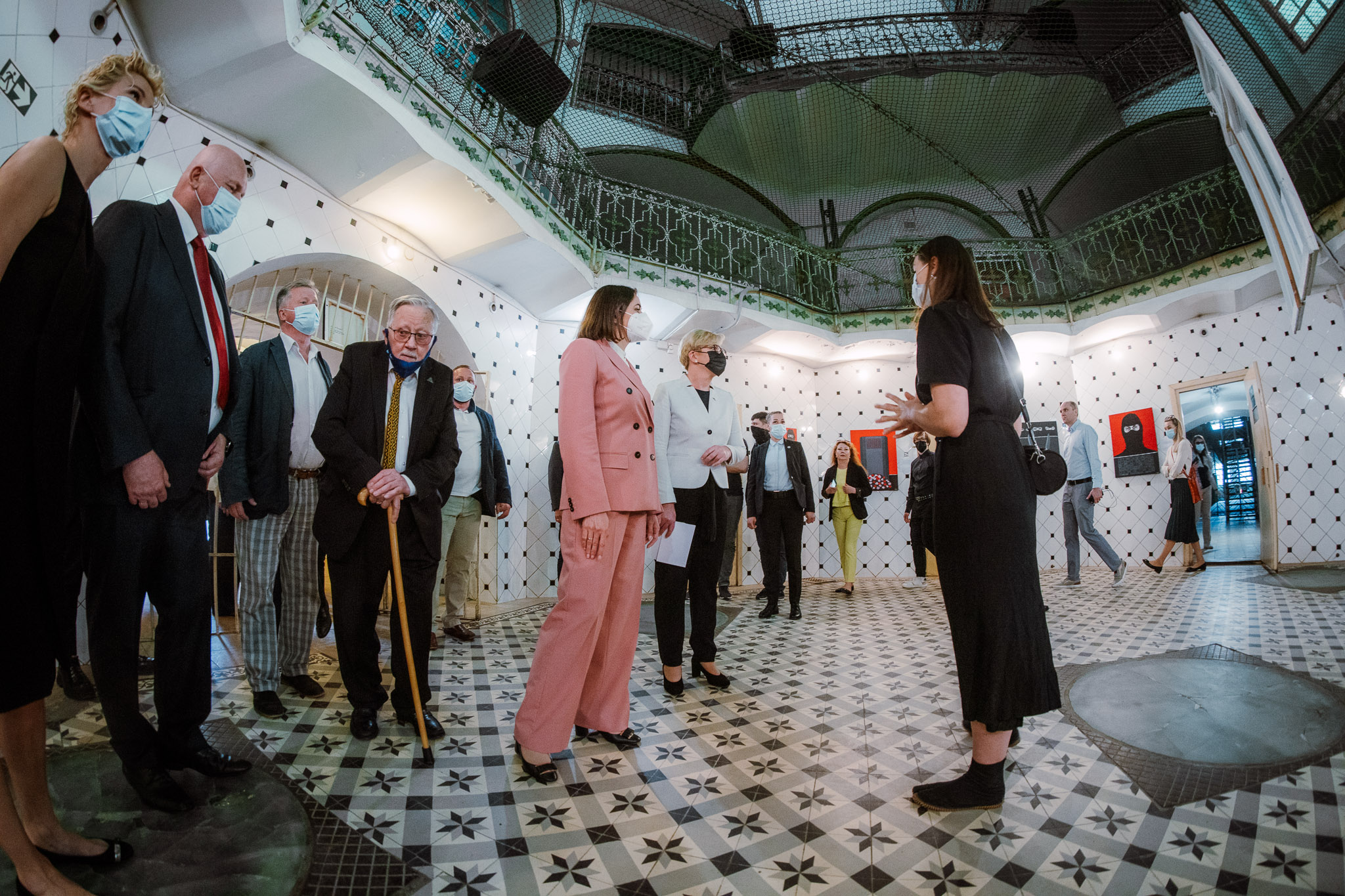 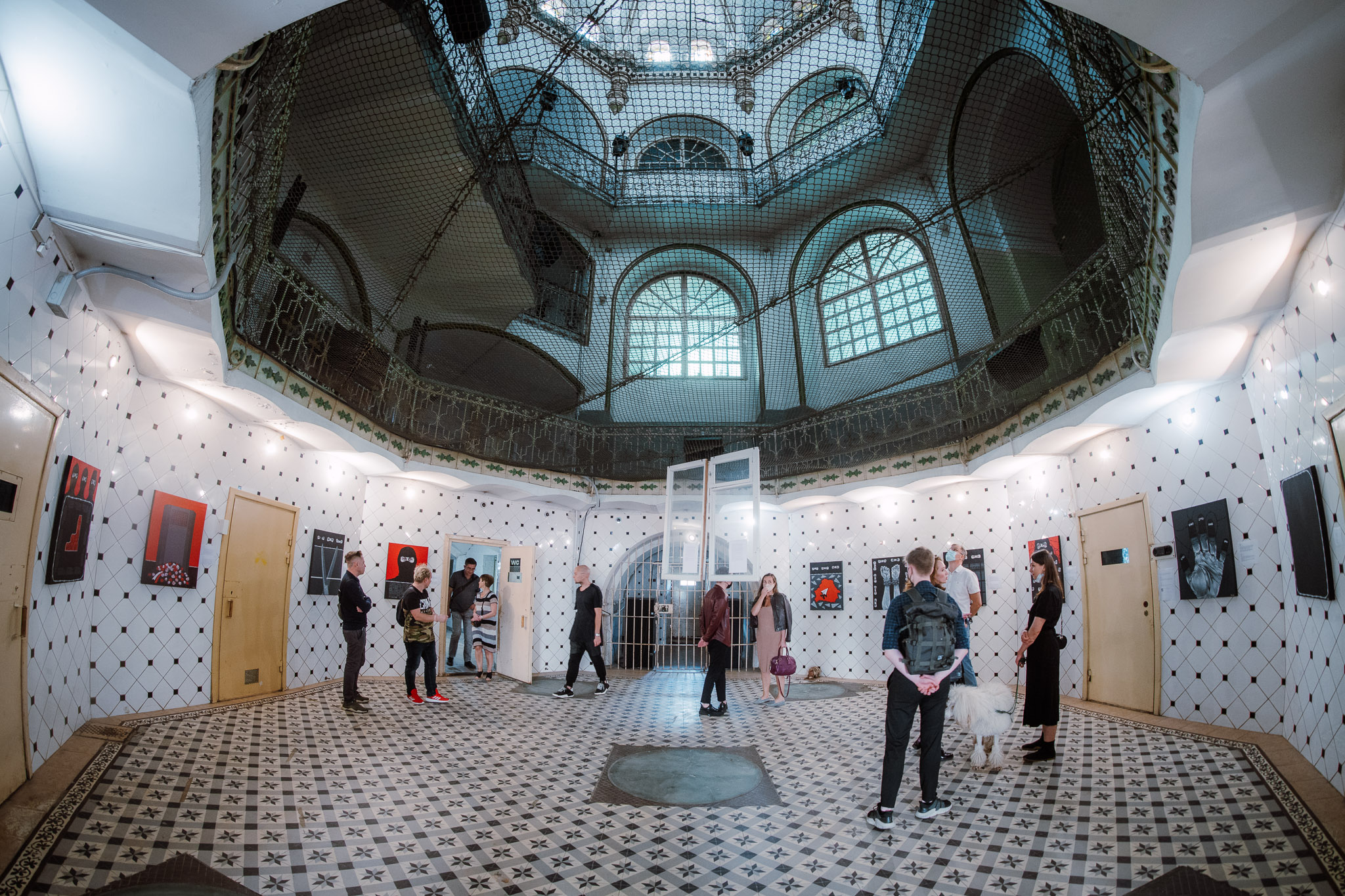